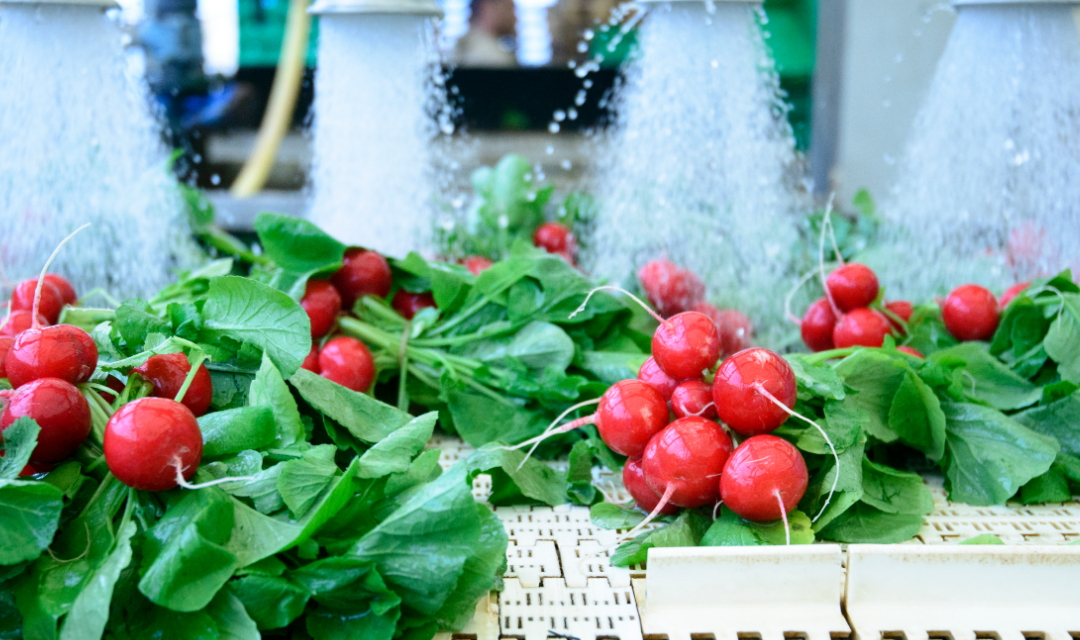 New to conveyor belts? Consider this.

According to Machine Design:

“Polyurethane belts, with greater elastic memory than rubber, and higher abrasion resistance, are widely used for power transmission and load conveyance. They can be particularly long lasting: Consider a large postal distribution center, where 40,000 urethane belts keep vast piles of mail traveling towards their destinations. Some polyurethane belts can last more than a decade in such an environment. On the same token, others may last only a few years before going limp. What gives?

“In general, the average lifespan for high-quality urethane belts is about four to six years, with a typical range of two to 12. Environment, proper selection, and belt quality largely determine life. Other factors are duty cycle, pulley size, belt length and speed, pulley alignment, ambient temperature and humidity, load characteristics, and level of maintenance.

Construction: What to request
“Extended-life belts are extruded from virgin urethane. (Recycled urethane, called regrind, improves extrudability, weldability, and cost, but also reduces belt tension and lifespan.) Special cross-linking of long-chain molecules makes these belts more resilient under high tension, with up to 20% stretch. Strong weld joints also extend life: Nearly all unreinforced extruded belts are butt welded, and special welding processes can make them practicably unbreakable. RF energy-focusing processes can produce welds up to 10 times stronger than heat wands. If weld flashes are ground properly and not gouged, they will not “neck down” and reduce belt tension when stretched.

“Urethane belts may also be joined by biased splices and overlap welds, but these are primarily used with belts reinforced with polyester, steel, or Kevlar. Adhesives are not recommended because joints affixed with them lack strength.

Belt sizing
“We’ve just reviewed basic construction considerations, but how does a designer appropriately size a polyurethane belt to an application? The first step is to determine the belt cross section needed using one or both of the following two methods.

“Disconnect the belt from the drive pulley. Buy a fish scale and tie a string to its hook. Tape the other end of the string to the driven pulley (or roller) and wrap it around several times. Next, pull on the scale and apply the highest force the motor will apply during operation. Read the maximum working tension off the fish scale.

“If the application transports boxes on a conveyor, select an online cross-section calculator and use the working tension on the roller conveyor calculator to mathematically determine the belt’s maximum working tension. Beware that this calculation is for an ideal environment in which a conveyor is moving hard-bottomed boxes. Set the coef- ficient of friction to 0.05 or larger if:

“A system’s conveyor is old, in a dirty environment, or is poorly maintained

“A system’s conveyor has heavy or long rollers, or moves boxes that have soft bottoms or bottoms that rub against the frame

“These applications may need a thicker belt. When in doubt, load prototype rollers with the maximum box weight, and use the first method above.

“Now consult an online cross-section calculator and select a belt cross section and durometer by finding a number on loading tension tables equal to or greater than maximum working tension.

“Determine the minimum pulley diameter (MPD) for the selected cross section from the minimum pulley diameter calculator. If the smallest pulley diameter is substantially smaller than calculated MPD, then the application either requires a larger pulley, or a belt cross section with a smaller MPD.(Note that flat belts have smaller MPDs than other cross sections.) Yet another possibility: Choose a smaller cross section and specify more than one belt. With this design, realize that the sum of belt tension capacities must add up to the maximum working tension. One final note: 83A durometer (hardness) is most common and preferred, as it has the longest flex life. Only use 92A durometer belts, for example, when there’s no other option (and multiply its MPD by 1.3.

“3 Use a length calculator to determine the belt cut length. The final belt size should be expressed in a certain form — to illustrate, 3/16 in. (belt cross section) × 13.5 in. (cut length) 83A (durometer).

“4 Select a tension calculator, and determine the maximum tension needed to install the belt. If this tension is so large that it will bend a shaft, then change the percent stretch in Step 3 and recalculate maximum tension — or use larger shafts on the pulleys.

“As with any design process, consult experts if there is any doubt about belt size. Free samples are often offered, which can be installed on existing systems to verify that sizing is indeed correct. Incorrectly sized belts may be non-returnable, or carry hefty restocking charges — especially in uncommon sizes.

Go for grip
“One common misconception is that rough texturized surfaces grip pulleys and slip less than smooth belts. In fact, surface contact area is what counts with urethane belting: The more contact, the greater the coefficient of friction. Therefore, smooth belts grip better. However, if forced to slip, they tend to overheat and stretch or abrade.

“Special rough belting can help overcome problems associated with slipping. Some urethane belts are made with a hard, texturized surface to provide a lower coefficient of friction (down to 0.4) so that belts can slip a little in pulleys without overheating and abrading. These belts are also suitable for use on slider beds or where accumulation occurs — for example, in printing and postal applications — because the rough surface can catch the edges of paper sheets and push them along.

Extreme temperature
“Urethane is a thermoplastic, so its physical properties change as temperature rises. For example, at 120°F the material’s life span (as measured by resiliency) declines to about 70% of that at room temperature; at 150°F resiliency drops to about 10%. A high-temperature urethane belt is able to perform well up to 230°F, but is more expensive.

“In the cold, urethane belts become more brittle. In fact, belts left to sit overnight in low-temperature environments can even take a set difficult to overcome at startup. This can cause even strong welds to shear apart.

“Although urethane manufacturers often claim that regular urethane works to -10°F, such use is generally not recommended. Specialty lowtemperature urethanes work better in cold environments. Otherwise, below 10°F, belts made of Hytrel are most appropriate. These work down to -40°F, so are particularly well suited for ice cream plants, for example. Because Hytrel is not as resilient as urethane, it should not be stretched beyond 7% — so care must be taken not to overstretch it during installation.

Tension considerations
“Most bearings withstand loads considerably larger than those exerted by urethane belts. For example, a 3/16-in. HT belt may exert an initial force of about 25 lb, but typical 1.9-in.-diameter conveyor rollers handle a maximum load of 250 lb, which is 10 times larger. Moreover, urethane belt tension quickly declines: Five minutes after installation, tension decreases by 30%. After a week, the tension of a 3/16-in. HT belt levels off at about 11 lb.

“Nevertheless, ensure that belt tension does not exceed the rating of the application at hand. Online tension calculators are helpful for this.

Flat belts: Where and how
“Besides round O-ring belts, polyurethane is also made into flat belts. The latter are useful for powering rollers. Some flat belts are designed to add extra drive to up to four rollers, to effectively make them all behave as though they are motorized rollers. So, each of these coupled roller collections, sometimes called zones, includes one motorized roller but performs as though it has five. The O-ring belts are loaded and move these as though they are only moving one (or at most, 1.5) slaves. This makes the O-ring belt operation much more efficient, minimizing rotational speed loss of slaves far from the powered roller.

Crowned pulleys rule
“Here’s the catch: All flat belts have a tendency to move sideways on flat surfaces. So, uncrowned flanged pulleys are not recommended for flat belts because these either rub against the flange and abrade, or stretch and walk over the flanges. Crowns prevent flat belts from walking, to keep belts centered. The pulley must be larger at the center than on the sides by about 0.016 to 0.020 in., with center diameters 0.032 to 0.040 in. greater than the outside pulley-edge diameters.

“Tracking sleeves, another option, provide a quick way to add rectangular crowns to a pulley or roller. As a general rule of thumb, for elastic belts, sleeve thickness should be about 2% of belt width and about 20 to 40% as wide as the belt. To illustrate, standard tracking sleeves of 1/32-in. thick × ½-in. wide stretch up to 7.5% — but thicker and wider sleeves should be stretched only 2%, or else they become too difficult to install.

“Standard sleeves stay in place by their own tension. For larger sleeves, a drop of super glue prevents them from moving. One caveat: Crowns may not work on belts that frequently reverse direction, because it usually takes about three pulley revolutions before flat belts center themselves on crowns. In reversing applications, flat belts with V guides (a small V belt welded to the bottom of the flat belt) and flat pulleys with centered V grooves may be more suitable.

“Flat belts work well with boxes, tubs, and plastic or aluminum pallets. However, they are not recommended for use with wooden pallets because exposed nails or sharp wooden slivers can cut them. The most common size used on motorized roller zones is 4 in. wide. Two parallel belts are typically used on each zone, for 8 in. of surface area to prevent boxes from slipping on inclines up to 11°. For extra heavy boxes, belt thickness can be increased, even to 2/32 in.

“Urethane flat belts also make inexpensive gravity roller brakes for declines on roller conveyors. Braking force can be adjusted by varying the number, width, thickness, tension and pattern of the belts, as shown in pictures at the top on this page.

“How do they work? The primary source of braking is the nature of rollers themselves. The axis of a roller is never precisely at the center of rotation, so total indicated readout, a measure of radius variability, is always greater than zero. As one roller’s high and low points are almost always out of phase with those of its neighbors, linking the rollers together produces a resistance to movement, wherein belt are forced to stretch and relax with each rotation. This produces drag, which slows roller rotation and box speed.

Advantages of welded endless belts
“Most elastic urethane belts are made from extruded urethane cord, cut to length, and butt welded at the ends to make endless belts. The extrusion process orients longchain urethane molecules in the direction of stretch, which increases cord strength and elastic memory.

“Alternatively, elastic belts can be injection molded. Here though, weak points can be created at gates, where molten urethane flows into the mold, and knit lines, where streams of molten urethane meet. Also, molding does not orient the molecules in the direction of stretch, so often, molded belts are less strong. Finally, molded O-ring belts have more urethane on their outer circumference than on their inside — so they maintain an O shape, resist straightening and back bending, and contribute to energy loss. This may seem trivial, but on a line-shaft conveyor it can increase horsepower requirements by 10% or more.”