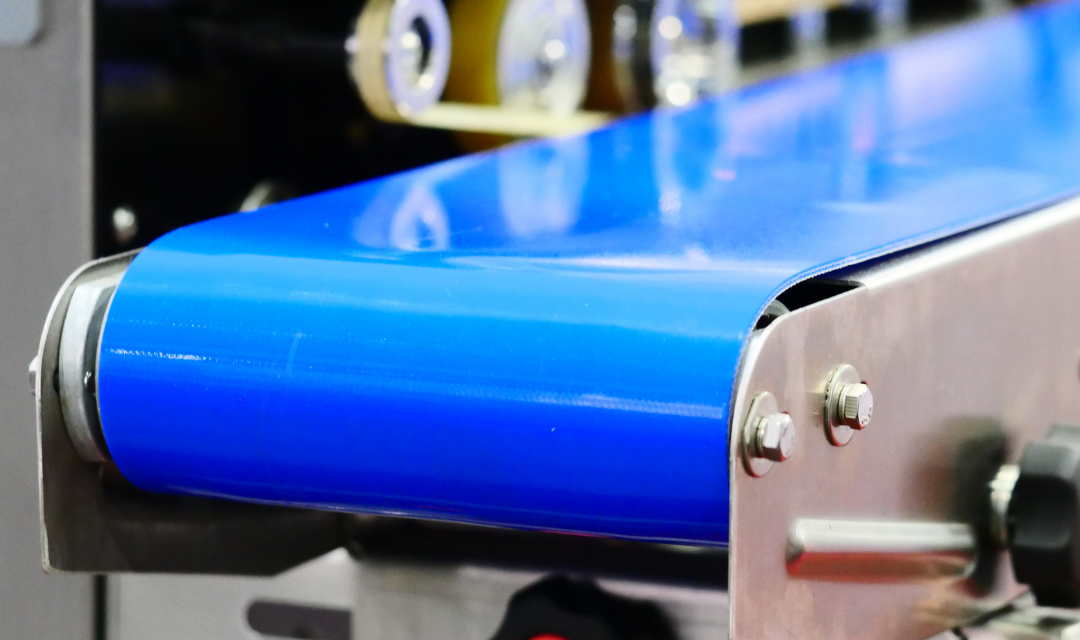 How Conveyors Are Designed for Cleanliness

Have you ever wondered what makes some conveyors food safe? Consider this.

“A speck of food residue on a conveyor is a potential time bomb.

“Any product accumulation, no matter how small, that allows microorganisms to fester on a conveyor can rapidly taint an entire production shift. Now that DNA mapping can quickly trace microbial contamination back to its source, the liability of a recall or worse that can deal a lasting hit to a processor’s reputation is greater than ever. Recent changes in the law put even more pressure on processors to pay attention to sanitation.

“That’s why cleanability is among the highest priorities that food processors have for conveyors. They’re long, complex systems that move lots of product as quickly as possible. Contamination has the potential to get out of control before anyone realizes that something is wrong.

“There are, of course, a wide variety of conveyors, and a lot of different ways of keeping them clean – and of designing them to be kept clean. Design aspects for cleanliness include the nature of welds and fasteners, the ease with which sections can be disassembled, the finish of the metal, the materials used in the belt or chain, the nature of the power transmission components, and more.

Steely resolve
“Perhaps the most basic specification for cleanability in a conveyor is the use of stainless steel for most of its construction. Most food-grade conveyors marketed today – at least, those intended for direct product contact – are stainless steel, which resists both microbial growth and corrosion better than coated mild steel.

“Another aspect to pay attention to is the steel’s finishing method. When it comes to corrosion, which increases in risk with harsher washdown chemicals, grade 316 stainless performs better than 304. According to Jim Ruff, vice president of process systems and integrated solutions at Key Technology, a rotary polish finish will leave the surface with a smoother surface and inhibit microbial attachment better than the alternative 2B mill finish. At a minimum, he says, stainless steel and a rotary polish should be considered within a conveyor’s product contact zones.

“However, when it comes to sanitation, it’s not enough for a conveyor merely to consist of stainless steel, says Stacy Johnson, director of marketing and strategic planning for Dorner Manufacturing.

“’Just because a conveyor is stainless steel doesn’t necessarily mean it’s sanitary,’ Johnson says. ‘A basic stainless-steel conveyor can be washed throughout the day as needed, depending on how it is built, but it’s not necessarily sanitized. That’s because sanitizing or cleaning a conveyor involves an entirely different process than simply washing it down, and much of achieving a sanitized conveyor depends on the way it was initially designed.’

“The biggest hot spot for sanitation in a conveyor is the product-contact surface – the belt, pan, or tube that actually carries the product. This is where it’s most important that finish and choice of material match the application. That means not only conveying the product efficiently, but being compatible with whatever sanitation method is required.

“Typical belt materials, according to Key Technology’s Ruff, are fabric, modular plastic and solid plastic. Fabric belts are liable to fray, presenting a significant sanitation problem, unless the edges are encapsulated. Modular plastic is popular for products with high water activity, such as meat and poultry, where moisture needs to drain away. But optimal from a sanitary standpoint, Ruff says, is a seamless positive drive urethane belt, which both eliminates crevices and is relatively easy to disengage for cleaning.

“Other types of conveyors don’t use belts at all. For instance, Heat and Control uses a variety of finishes for its Fastback horizontal-motion conveyors, which convey fragile product by sliding back and forth. Options include an electropolish finish for delicate wrapped candy, a rigidized one for frozen products, and a Tivar lining for products whose high sugar content is liable to build up in the conveyor bed.

“The means of powering the conveyor are just as important, from the standpoint of hygiene, as the product-contact surfaces. The nature and location of the motors and their connections to the belt have to be configured correctly to maximize cleanability.

“The basic options for power transmission are: standalone motors, located along (usually beneath) the belt and connected to gearboxes; gearmotors, which combine motors and gearboxes in one unit, usually enclosed; and drum motors, which are more powerful motors, located at the end of the belt loop, that pull the entire belt length.

“Each has practical advantages. Separate motors and gearboxes are usually cheaper, because they’re standardized across a variety of industrial uses. Gearmotors are often easier to specify and install, while drum motors tend to be more energy-efficient.

“But when it comes to sanitation, gearmotors and drum motors have a distinct advantage: Being enclosed makes them stand up to washdowns better.

“’This conventional arrangement of driving conveyor belts in the industry create numerous gaps and crevices for food byproduct to accumulate, making it difficult to clean and adding expense to the sanitation cycle,’ says Rick Zander, business development manager for VDG. ‘These arrangements are susceptible to foreign material contamination due to the wear of the plastics that can end up in the food product.’

“VDG’s drum motors, Zander says, avoid that problem by having the motor, gearbox and all other moving components inside a sealed box. This protects the drum motor to the extent of giving it an IP69K washdown rating, meaning it can be sprayed with chemical solutions up to 3,000 psi. It also connects directly to the belt without sprockets, avoiding the crevices and gaps they create when connected to monolithic plastic belting.

“Power-transmission components present another potential source of contamination: the oil used to lubricate them. Most food plants use food-grade lubricants for this purpose, but that just reduces the risk instead of eliminating it. Key Technology offers drives for its vibratory conveyors with oil-free vibrating motors, which eliminate the gearbox and drive belts – and their lubrication.

Riding the tube
“Conveyors that carry products through tubes present unique challenges in sanitation. Whether they use pressurized air or physical components to move powders and bulk solids, their enclosed interiors are harder to access.

“Carl Seidel, marketing director for Cablevey, says that cleaning out Cablevey’s disk-based conveyors with water is an option, but one that most end users prefer to avoid.

“’For the most part, people don’t want to introduce [water] into any kind of processing environment that they don’t have to,’ Seidel says. Cleaning with water limits processing time because it must be dried off.

“Instead, Cablevey offers a urethane ‘pig’ that can be dragged through its tube conveyors to clean them out routinely with each run or product change. More thorough cleaning with water can be done every week or so with a sponge-based attachment.

“An advantage of the urethane pig is that it can accumulate fine material, such as coating particulates that fall off product particles during conveying, and make them available for reuse. ‘Material is often reclaimed, now more than ever,’ Seidel says.

“Keeping conveyors sanitary is no small feat, given their size and complicated nature. But with the right materials and design, it can be done routinely while maintaining efficiency in material handling.”